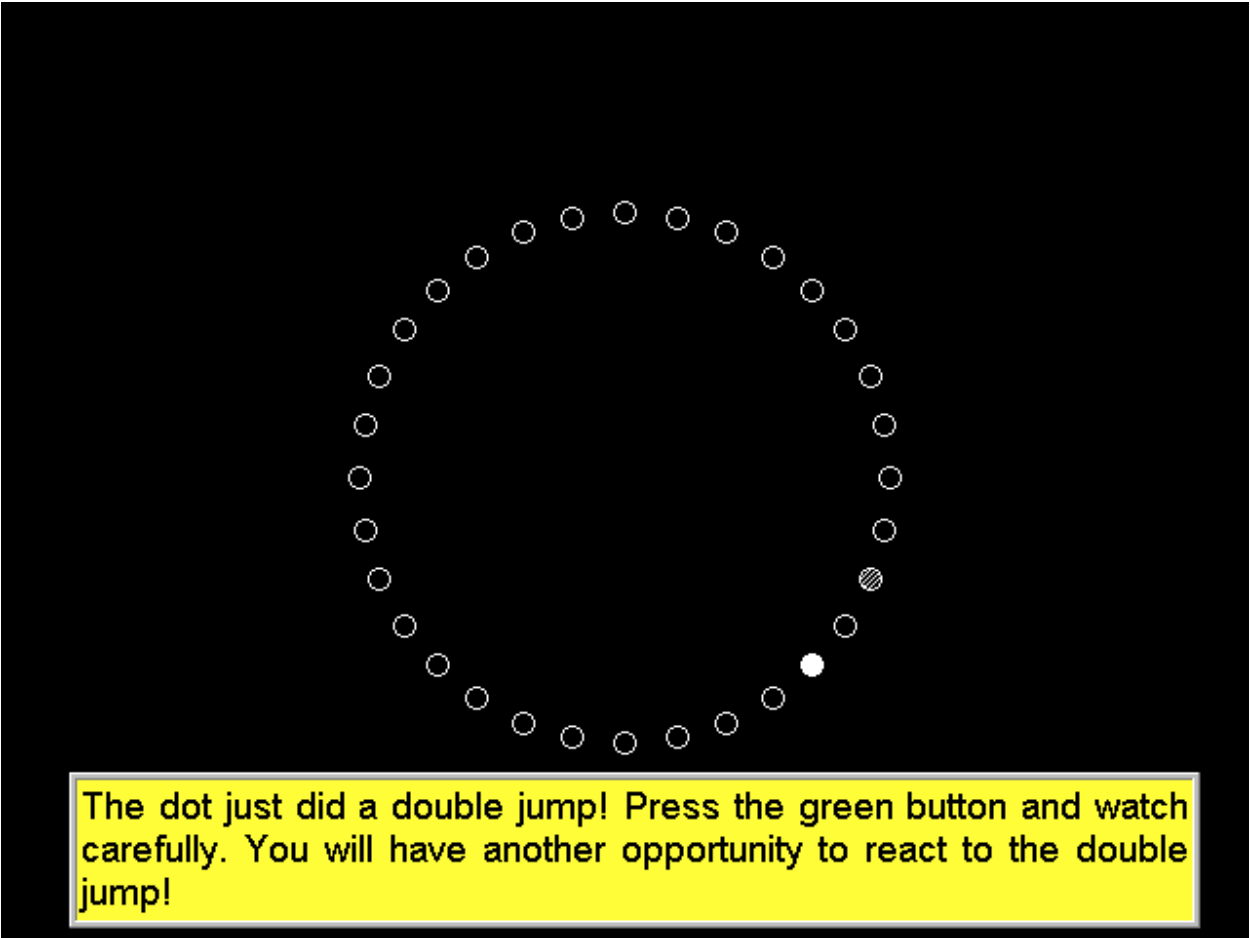 Assessment of attention in the form of sustained vigilance in a low-stimulus observation situation; suitable for use with individuals aged 6 and over.

Challenges involving vigilance are characterized by the following conditions:- a lengthy test requires uninterrupted vigilance of the subject; the signals which need to be attended to appear irregularly and do not automatically attract attention. The stimuli presented therefore need to be of relatively low intensity and critical events need to occur relatively infrequently. As a general principle a maximum of 60 critical stimuli per hour is suggested. The decline in performance in vigilance experiments is explained by the lowering of the subject’s activation level and the attendant increase in response latency. According to neurophysiological activation theory, stimulus poverty leads to the cortex being insufficiently stimulated by the ascending reticular activating system (ARAS). The cerebral cortex therefore fails to receive the wake-up impulse needed to sustain particular activities; this results in psychological exhaustion and hence in a decline in performance efficiency. It is this situation which has given rise to the concept of being “overchallenged by understimulation”.

A white dot moves along a circular path in small jumps. Sometimes the dot makes a double jump; when this happens the respondent must react by pressing a button.

Criterion validity is given: all the criteria required in the most important theories for the measurement of vigilance are met. Tests of extreme group validity found that patients with right-hemisphere cerebral lesions obtained significantly worse results than patients with comparable left-hemisphere brain injury.

Between 30 and 70 minutes (including instruction and practice phase), depending on test form.