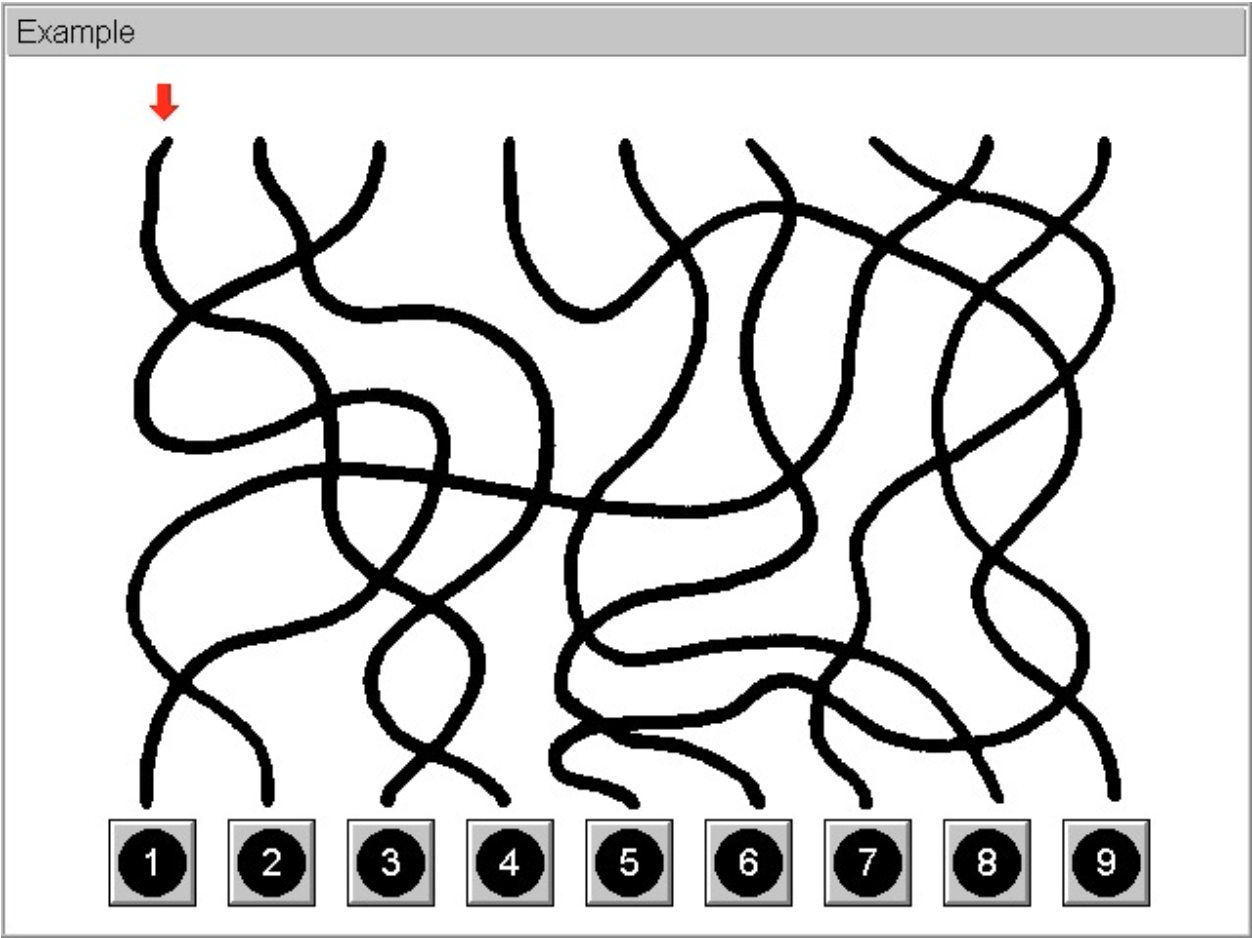 Assessment of visual orientation ability and skill in gaining an overview, for use with adults.

Special psychological tests are used to assess the more complex dimensions of perception. Most of these tests have been developed in connection with particular issues relevant to experimental psychology or practical situations. The present Visual Pursuit Test is not merely a new edition of an old test, but has been developed from experience and observations gained from many previous versions. It assesses the aspect of visual orientation performance involved in tracking simple visual elements in a relatively complex environment. The respondent is required to work in a focused way, ignoring distractions, while being placed under time pressure. The test is thus also suited to the assessment of selective visual attention.

The test commences with a combined instruction and practice phase. If the eight practice items are worked with fewer than three errors, the respondent moves on to the test phase items. The respondent is presented with an array of lines and must as quickly as possible find the end of a specified line. The respondent can work at his own speed.

Studies by CalÃ© (1992), Neuwirth and Karner (2000), and Sommer (2002) are currently available. These show that respondents who perform at a below-average level on the test have more accidents or receive a more unfavourable assessment of their driving ability. Sommer (2002) was also able to show that a test battery that included the LVT correctly predicted 74.7 % of global assessments of driving behaviour in a standardised driving test. In addition, groups comparisons are available contrasting the normal population with drivers who had alcoholrelated offences (Karner, 2000) and with psychiatric and neurological patients (Neuwirth, 2001). These studies provide clear evidence of the criterion validity of the LVT. Evidence of construct validity is provided by the highly significant correlations between the characteristic values of the LVT and a test based on a similar construct, the ART90 (Karner, 2000), and between the LVT and other tests measuring attention and concentration (Wagner, 1999).

Norm samples of size N=407 to N=785 are available for the three forms of the LVT; some norms are also available separated by age and educational level. In addition, norms for drivers with conspicuous behaviour are available for Form S2 form.

Between 5 and 25 minutes (including instruction and practice phase), depending on test form.