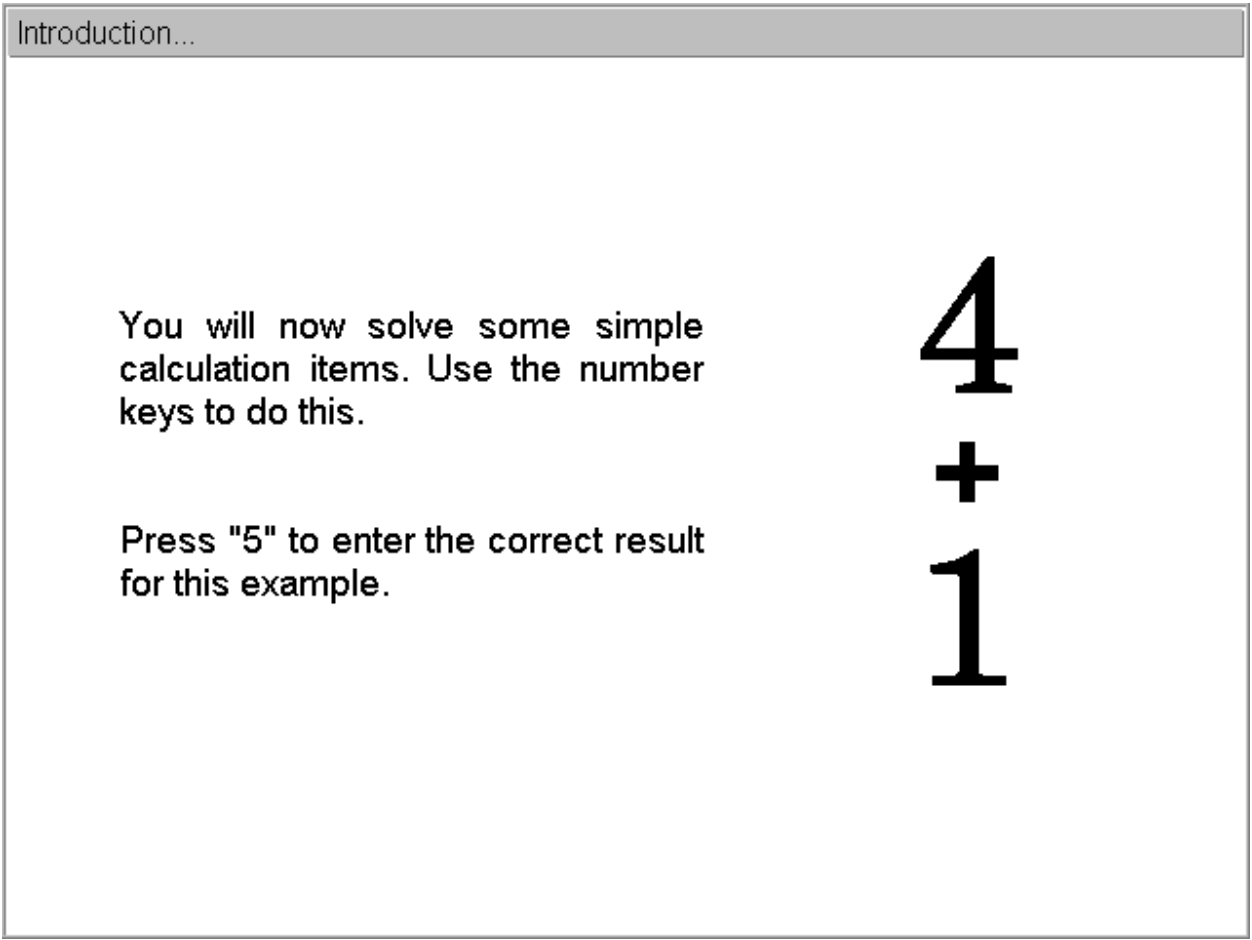 The ALS, an enhanced version of Kraepelinâ€™s work and the Pauli Test, uses the method of continuous addition to assess the respondentâ€™s performance over a period of time: he/she is required to perform repeated addition of two single-digit numbers as fast and accurately as possible over a relatively long period. The test is subdivided into time-based sections (partial intervals); this enables the trend of performance to be evaluated. It is also possible to modify the test by varying the difficulty of the arithmetical problems and by including an additional short-term memory task. This makes it possible to assess aspects of the respondentâ€™s fluid intelligence.

Three test forms are available. In each case the solutions are always in the range between 1 and 17.

Tasks of the type used in the Work Performance Series are described in the literature as involving sustained concentration during mental work under time pressure. They also involve personality traits such as resistance to distractions, disturbance and interference, motivation and willpower, and the ability to sustain oneâ€™s attention during a particular task.

Between 15 and 25 minutes (including instruction and practice phase), depending on test form.